The older I get, the more I like Halloween and the month of October. Backwards? Probably, but let’s talk about it for a second. As a child, Halloween lasts for one day to one week maximum depending on which teacher you have that year. The other three weeks of the month, are…normal, minus a few “spooky” decorations slowly making their way around the classroom and school grounds. When you get older, though, Halloween becomes the entire month thanks to movie marathons, pumpkin patches, Oktoberfest, and so much more. This is what brings me to my newfound love of the month that hosts the holiday that I still don’t understand if I’m being completely real.

Everyone knows that October is the official mark that Fall has begun and since the weather becomes wishy-washy immediately after in November, it’s our last real month before the new year strikes. For this reason, October is my month to wrap up loose ends, finish (or create a plan of completion for) ongoing projects, and “subscribe” to any end of the year fitness challenges that I persuade myself into believing I’ll be disciplined to follow. At the same time, though, October is one of those months where everyone has an excuse to be as lazy as possible. Maybe this was the case before Harry Potter was canceled thanks to JK Rowling. But, forreal, with so many activities to do, great weather to take in, and movies to watch, it’s hard to maintain displaying your best self with the “perfect” yoga and mediation routine, for example. For one, I’m here to tell you that you don’t have to. If no other time, let October be the month of free spirit where you can be as careless as you choose.

Movies To Watch, Or Re-watch, This Month

The month has started, but for a lot of us – finding or thinking of our favorite movie classics to binge isn’t as easy as it was 7 years ago, especially for those of us who have made the jump from cable to live streaming services. So, while watching Fast Times at Ridgemont High on Hulu, I decided to make a compiled list of all my favorite movies and shows to watch during this time of year. Surely, I can’t be the only one who struggled with remembering the movies I love, so I figured this list would be great for you, too! All of these movies and TV shows can be found on Netflix, Hulu or Prime Video.

One of the first silent films ever made, and a classic, detrimental part of the industry we all know and love now.

A teenage tale about jealousy, deceit, and constantly trying to outdo your competition…until the possibility of being found guilty on murder charges pop up before you make it out of high school.

Following the iconic Brittany Murphy (rest in paradise), Little Black Book emphasizes her captivating charm as she teams up with other women to beat her long-term, live in boyfriend at his own game when finding out that he’s been cheating on her for months.

You’ve 1000% been living under a rock if you haven’t seen the movie that made October 3rd, and pink on Wednesdays, fetch. With handfuls of mainstream stars like Lindsay Lohan, Rachel McAdams, and Amanda Seyfried, this coming-of-age tale depicts how cruel high school can be.

CONFESSIONS OF A TEENAGE DRAMA QUEEN

As one of my childhood favorites, starring Lindsay Lohan and Megan Fox, this film shows you the disadvantages of trying to be someone you’re not, especially when entering a new environment like high school in a different state.

Who knew a movie about gangs could be so sweet. You may have read the book growing up, but A West Side Story is a romantic tale following a gang member who happens to fall in love with the sister of a rival gang member.

Following a successful TV host who used to be the butt of all jokes, Welcome Home Roscoe Jenkins will have you laughing out loud within the first five minutes as you watch Martin Lawrence visit home, hoping to impress his Southern family with his accomplishments, but failing humorously.

Classics That Address Social and Racial Justice (& the lack thereof)

Starring Tupac, Janet Jackson and Regina King – I’m judging you a little bit if you haven’t seen this classic movie. Poetic Justice follows the harsh world of disadvantaged teens, but the power and love they feel through the language of words.

IF BEALE STREET COULD TALK

This powerful cinematic film shows the reality that millions of people face every single year, being wrongfully accused and as a black man. Despite your beliefs, I strongly encourage each of you to watch this movie. If not for the wrongfully accused, then for the families who have to continue with life one member down as if nothing happened.

Morgan Freeman starring in this title should be enough to convince you. Even if the main star was a “nobody”, though, this movie would soon become your favorite as it focuses on a man who never gave up on a failing high school with gang-related and disadvantaged students. This film shows the reality many still face today, that we all could learn something from. The biggest takeaway: everyone needs somebody to lean on.

If I could choose any movie to describe me, this would be it. While faced with initial hardship, new teacher, Hilary Swank, encourages disadvantaged students to battle their environment through writing and education. Freedom Writer is a definite tear-jerk with a message that is essential to understand.

I get it, Halloween can’t be everyone’s thing and while I love October more with each year, there are only so many Halloween themed movies and shows I can watch. So, I had to add a list of TV shows and films that are great to binge despite spooky season.

Remember Karate Kid? Now we get to watch the stars of the million-dollar chain survive as adults…and parents. Aside from being able to binge this show in one day, this series is a testament that high school shouldn’t be your everything.

The remake featuring Elizabeth Gillies may be even better than the original. If you’ve heard of either, then you know that this is a sinister show following a family of wealth and just how far people are willing to go to get what they want.

This laugh-out-loud show features the one and only, Canadian comic, Katherine Ryan. Following a single mother doing the best she can raising her pre-tween daughter, it’s unique in how relatable it truly shows motherhood.

Following three women at all different points of their lives, this hilarious comedy emphasizes the main concepts we hear all the time:

Yes, I had to sneak a novella in the list. While some of you don’t prefer to watch a show that requires subtitles, this action-thrilled cinematic experience starring Kate Del Castillo will have you begging for more, literally. The plot follows the first lady of Mexico fight for her life as she deals with being blamed for her husband’s murder.

This recent Netflix drop follows an EXPAT as she navigates living and acclimating to her new job in Paris, where not everyone is open to her American tactics.

I’m sure you’ve seen clips of this Emmy-award winning show by now. Featuring some of your all-time favorite actors, this comedic show will crack you up as you watch a family who once “had it all” assimilate into a town they’d never imagine.

Truthfully, this list could go on for days. When writing this I realized that I have way too many “favorites” aka you may witness this become a series. There are so many other great shows to binge watch like The Parkers, Never Have I Ever, Indian Matchmaking and my latest guilty pleasure – Love Island.

In the meantime, comment down below one of your all-time favorite movies or shows. Let us know what else you want to read on this site.

We appreciate and thank you all for your donations.

Or enter a custom amount 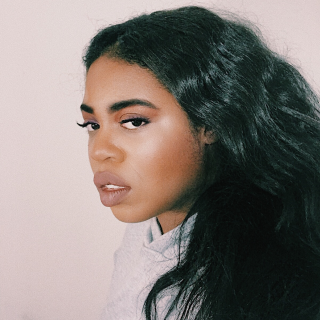